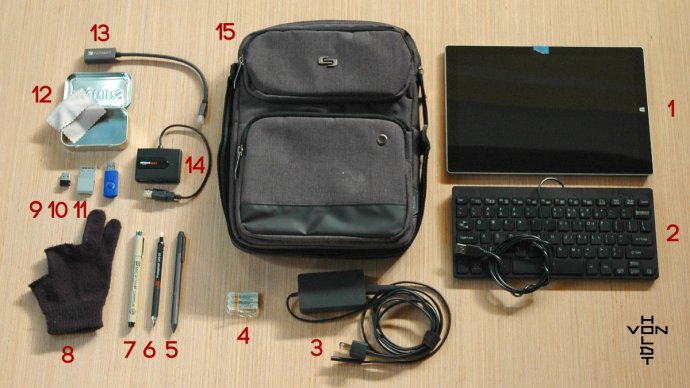 These are all the things I lug around in this compact sling case that makes up my portable digital art tools.

The Surface Pro 3 is still running the native Windows OS (too scared of breaking this hardware with a Linux distro), but all the open source software I use has Windows distros.

The one thing I would still like to find is a USB mouse that is really flat/low profile that would fit in the bag.  Working in Inkscape in particular is very tedious without a mouse.  I normally steal one from my laptop bag when needed, but it would be nice to find one that fit in here.