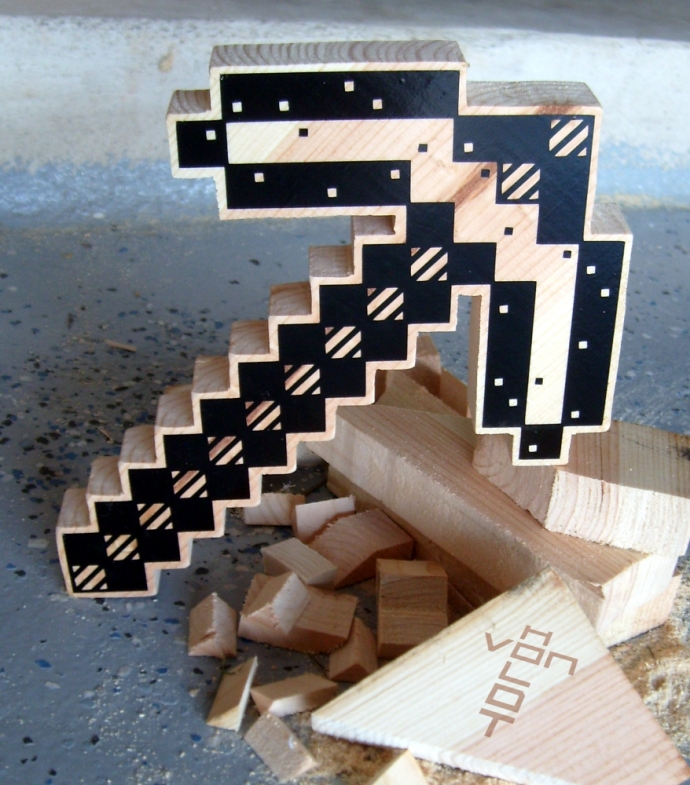 To celebrate the end of the school year, we let the boys get Minecraft for their computers (apearantly way better than the Minecraft Mobile they already have.)  I’ve been wanting to get out in the garage for a few weeks now and make something, but have been too crazy busy at work, so today I made them this.  It has the same decal on both sides, and is hopefully small enough that they won’t decide to attack each other with it.  Not really sure what to use it for though, but they both seem to think it’s cool so I’m happy.

I made the pattern in Inkscape, cut it in vinyl with my Silhouette Cameo, then cut the wood with my scroll saw.  I built the pattern with an outline, cut right up to it, then just peeled the outline off.